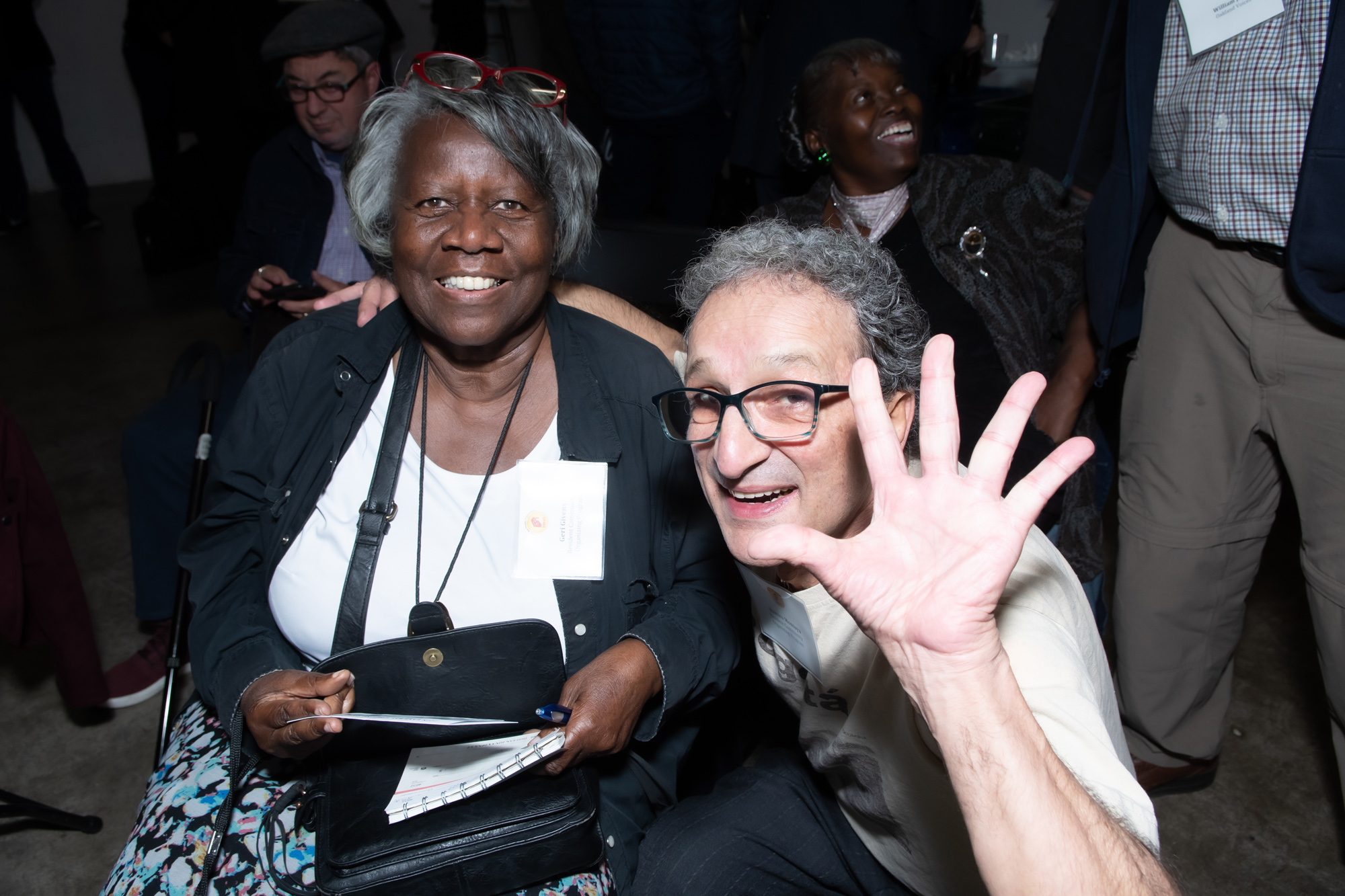 In the midst of a depressing news cycle, it’s high time to hear some good news.

Thankfully, East Bay Housing Organizations’ organizing and policy teams have scored some major wins recently that demonstrate how, through people power, we can build a better world.

If this work inspires you, don’t forget to apply to EBHO’s Leadership Academy for affordable housing residents and staff by this Friday, July 22. The challenges facing us are heavy right now; but we’re lifting up leaders who have the expertise, heart and know-how to make change locally.

Discussions around a contract for the Oakland A’s proposed new ballpark have been in the works for years, but we are finally nearing the end of negotiations.

EBHO is a member of the Oakland United coalition convened by our allies at EBASE, where we’ve been working with community members to push for the A’s to build more affordable housing onsite at the new development as well as contributing to a community fund for 100% affordable housing projects in Oakland.

Thanks to the hard work of our coalition members, the City Council and the public are on board with our demand for 15% onsite affordable housing. A recent poll showed that a supermajority of Oakland voters view A’s owner John Fisher as “cheap” and “can’t forgive him” for considering a move to move to Vegas. We are optimistic that this public pressure will force the A’s hand to sign a deal that includes our priorities.

The City Council and the public are on board, and now it’s the A’s turn to follow suit. It’s time for the A’s to demonstrate that they really are “rooted in Oakland.”

“Do I expect the Oakland A’s to solve the housing crisis? No. Do I expect them to be a part of this community and to be at least a little bit transparent and come to the table with at least some ideas? Sure.”

Since 2016, led by immigrants and single mothers, local renters have responded to the rapid increase in displacement by organizing for rent control and “just cause” eviction protections. They have met strong resistance from the City Council, despite the fact that 50% of Concord renters are forced to spend too much for housing.

During the pandemic, the situation became even more dire when landlords fed up with eviction moratoria turned to intimidation to force families to move. Organizers made a strategic pivot and introduced an anti-harassment ordinance, which makes it illegal for landlords to use unfair tactics like ignoring needed repairs to make life unlivable for their tenants.

Policy Manager Alex Werth led the charge internally to join the Rent the Roof Coalition and support this campaign. We offer our congratulations to the tenants of Concord, who — with support from Monument Impact, First 5 Central County Regional Group, EBASE, ACCE, and other members of the Raise the Roof Coalition — showed us all that, with organizing, we can make the change we need to make Concord live up to its motto and finally become a place “where families come first.”

AB 1816 and AB 1961, two bills introduced and supported by affordable housing resident leaders, are moving forward in the state legislature!

We strongly believe that those who are most impacted by affordable housing should be involved in crafting solutions to it, including residents of affordable housing. I’m honored to facilitate EBHO’s Resident Community Organizing Program (RCOP) where resident leaders do just that.

Members of the RCOP program participate annually in Housing California’s Resident United Network initiative to brainstorm laws that would improve their lives. Our legal partners help craft sample legislation, then organizers identify and reach out to legislators who might be likely to introduce it.

This year, two bills championed by RCOP are moving forward. AB 1816 would create a reentry housing and workforce development program for formerly incarcerated people, who are vulnerable to homelessness, get and stay housed. AB 1961 would create a statewide database of affordable housing openings where people could apply to many apartments at once.

We will keep fighting to turns these bills into law when the California legislature reconvenes after recess in August.

Want to get involved?

Applications for EBHO’s 2022 Leadership Academy are now open for residents and staff members of affordable housing.
The Leadership Academy is a free four month, eight-session program designed to be a crash course in affordable housing policy and all of the skills needed to be an effective advocate. Graduates of the program receive a small stipend and can go on to join RCOP.
Questions? Email damion@ebho.org. Applications are due this Friday, July 22.