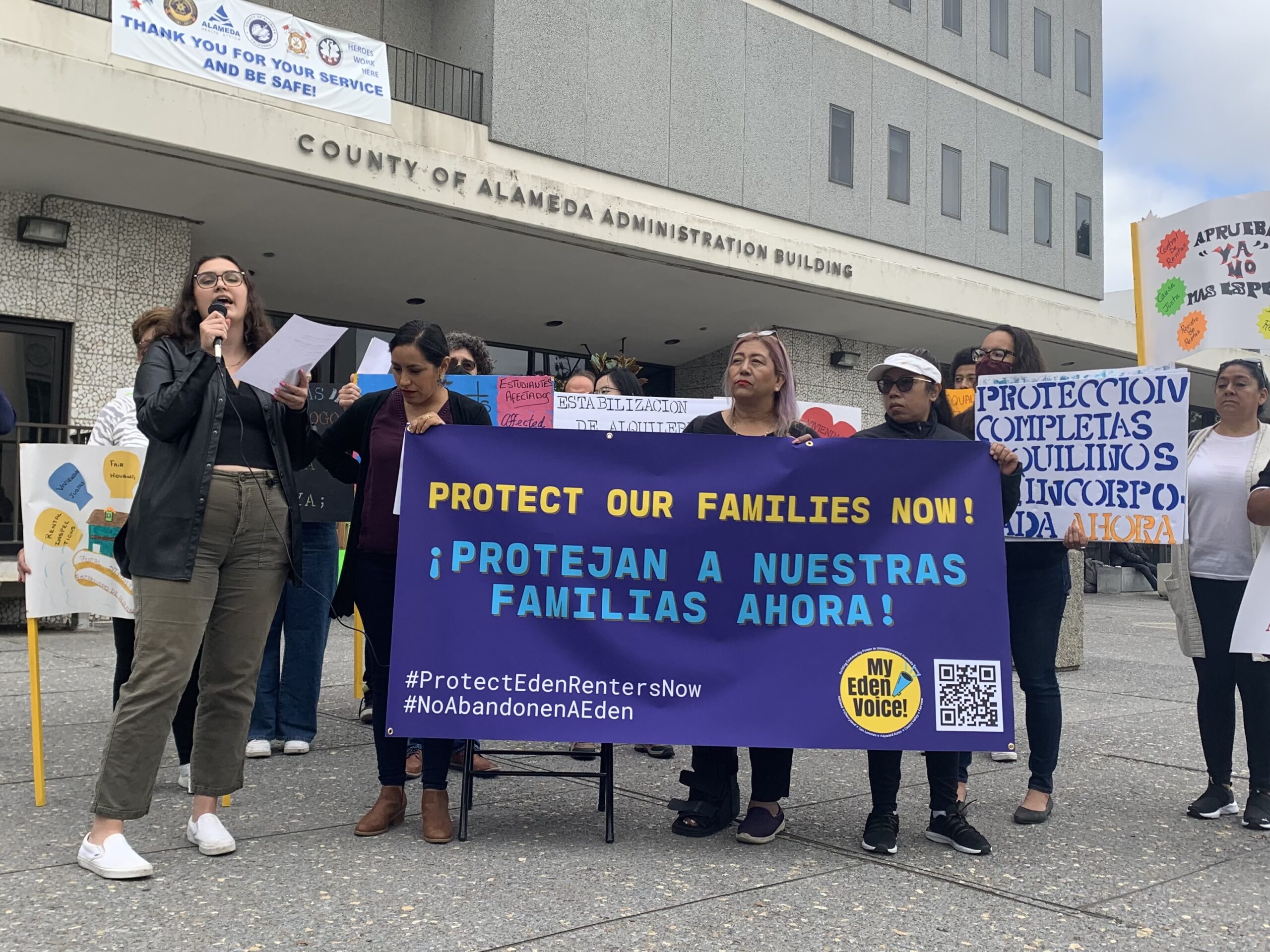 The Alameda County Board of Supervisors passed phase one of tenant protections for the Eden Area on first reading — including just cause for eviction, which prohibits the eviction of tenants without reason, a rental registry, which will track important data about the rental market, and a fair chance ordinance, which protects tenants with a criminal background from housing discrimination. The legislation will be heard for a second time on January 10th.

“It’s exciting,” said Paulina Jacobo, a renter from the unincorporated area organized with My Eden Voice. “This vote reminds us that justice will be brought to our historically ignored community, and to those who were unjustly displaced. We cannot forget about us.”

For renters like Paulina, Tuesday’s vote offers hope that there is an end in sight to the skyrocketing rents, uninhabitable living conditions, and no-fault evictions that plague her community. Unlike their neighbors elsewhere in Alameda County, renters in the Eden Area have no local tenant protections.

My Eden Voice is advocating for a full tenant protection package including the three policies passed this week, as well as rent stabilization, pro-active rental inspection, and an anti-harassment ordinance. Staff from the department of Alameda County’s Housing and Community Development has said they are drafting this legislation in three phases.

“To effectively protect tenants from displacement, it is essential that just cause for eviction be implemented in tandem with rent stabilization and anti-harassment policies,” said Megan Nguyen, Policy Associate at East Bay Housing Organizations, one of thirty allied organizations that have joined My Eden Voice in their fight.

“This ensures that landlords cannot evict tenants in order to increase rents or raise rents so high that tenants are left with no option but to leave,” said Nguyen.

“Five years ago, I was paying $950 in rent, and now I’m paying $1,945,” said Zuleny through a translator. “This economic situation has affected my health and the mental health of my children, causing them to suffer from depression and anxiety.”

Rent stabilization would be a “dream come true” for Zuleny and her children.

Though second readings of legislation are often regarded as a formality, residents are unsure what they will face from a new Board of Supervisors. Newly-elected Supervisor Lena Tam will attend her first Board meeting in January. Tam will be replacing Supervisor Dave Brown, who along with his predecessor the late Wilma Chan, has been a strong advocate for Eden renters.

“Our families have been waiting too long for protection,” said Leo Esclamado, Co-Director of My Eden Voice, “We need to put these policies on the agenda before the eviction moratorium ends or else there will be a tsunami of evictions. We trust the Board can protect our families.”