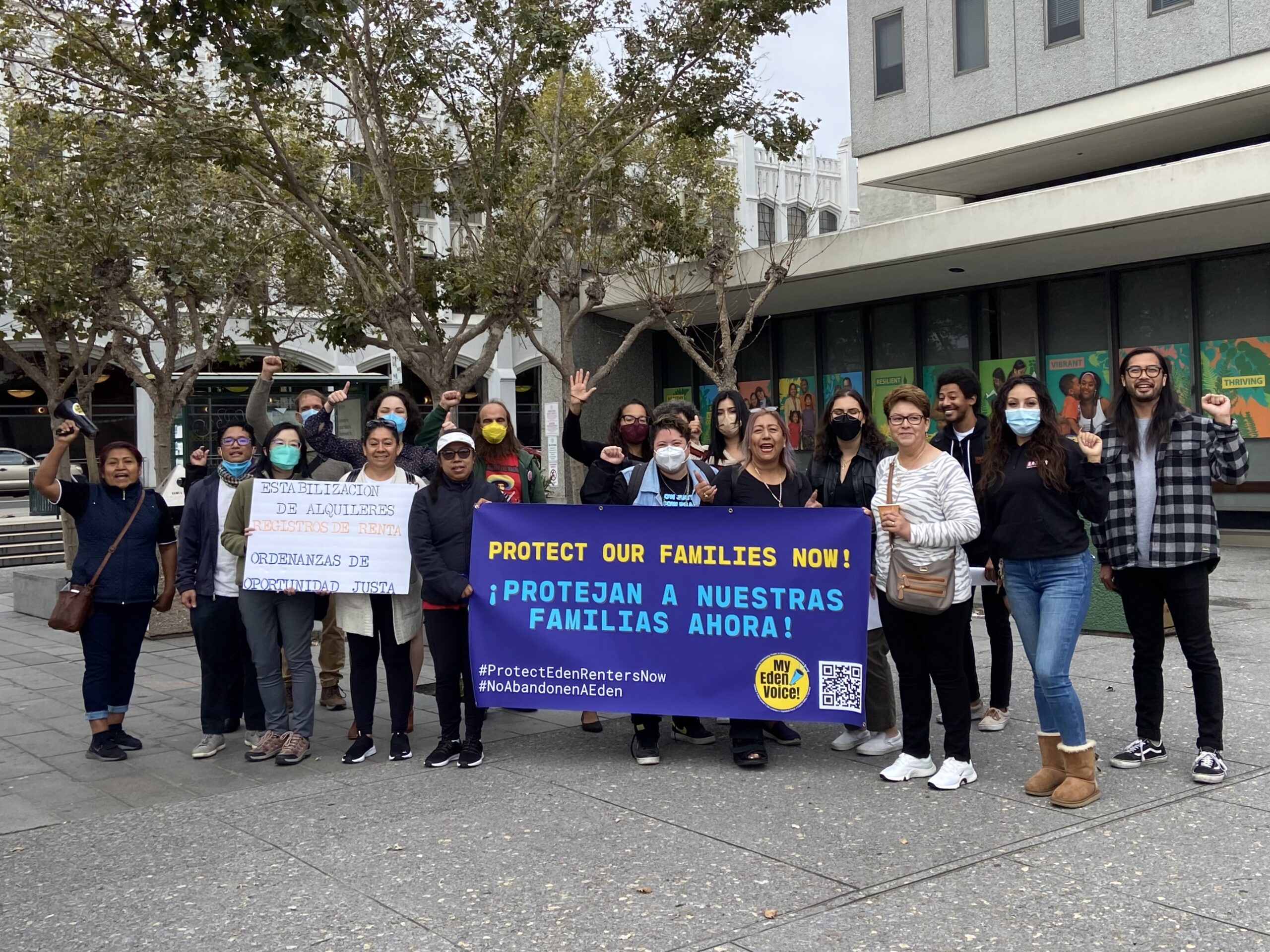 OAKLAND — On Tuesday evening, the Alameda County Board of Supervisors recommended the first phase of tenant protections for the unincorporated Eden Area forward to a full Board vote. These policies include the Wilma Chan Fair Chance Housing Ordinance, a Just Cause eviction ordinance and rental registry for the unincorporated area of Alameda County.

“The Board of Supervisors has been studying tenant protections for the past three years. This is the first step we have taken towards implementation since 2019,” said Leo Esclamado, Co-Director of My Eden Voice. “These protections are long overdue.”

On Tuesday, staff from the department of Alameda County’s Housing and Community Development proposed drafting the tenant protection package proposed by tenants and their allies in three phases.

Rent stabilization was left out of the first phase, though many unincorporated families voiced policy as an urgent priority.

“Five years ago, I was paying $950 in rent. Now I’m paying $1,945,” said Zuleny Paiz, a resident of Cherryland, through a translator. In the past two years, Zuleny lost her mother to COVID-19, and she became unemployed. She is a single mother to three children, one of whom is autistic.

“My children have been experiencing depression. I haven’t been able to take them out to have fun, because there’s just no funds.”

Allied organizations from across the county including East Bay Housing Organizations, the Berkeley Tenants Union, the East Bay Community Law Center, Centro de la Raza, the Just Cities Institute, and ACCE Action spoke up in support of their neighbors.

“Over 60,000 tenants in the Eden Area do not have the same tenant protections purely because of arbitrary mapping. The truth is, it’s not arbitrary. There’s also a story of structural racism and classism,” said Carmen Jovel, Deputy Director of Housing at the East Bay Community Law Center.

Due to its unincorporated status, the Alameda County Board of Supervisors is the Eden Area’s only form of government. Supervisor Nate Miley represents Ashland, Cherryland, Castro Valley, and Fairview in District 4, and Supervisor Dave Brown represents San Lorenzo and Hayward Acres.

My Eden Voice and its allies continue to advocate for their proposed tenant protection package, including rent stabilization, pro-active rental inspection, just cause evictions, Fair Chance, anti-harassment ordinance, and a rent registry, as soon as possible.

“We are tenants who have never stopped paying our rent … We are families. We don’t want to be in the streets,” said Teresita de Jesus, a mother from the Eden Area who attended Tuesday’s rally with a broken foot.