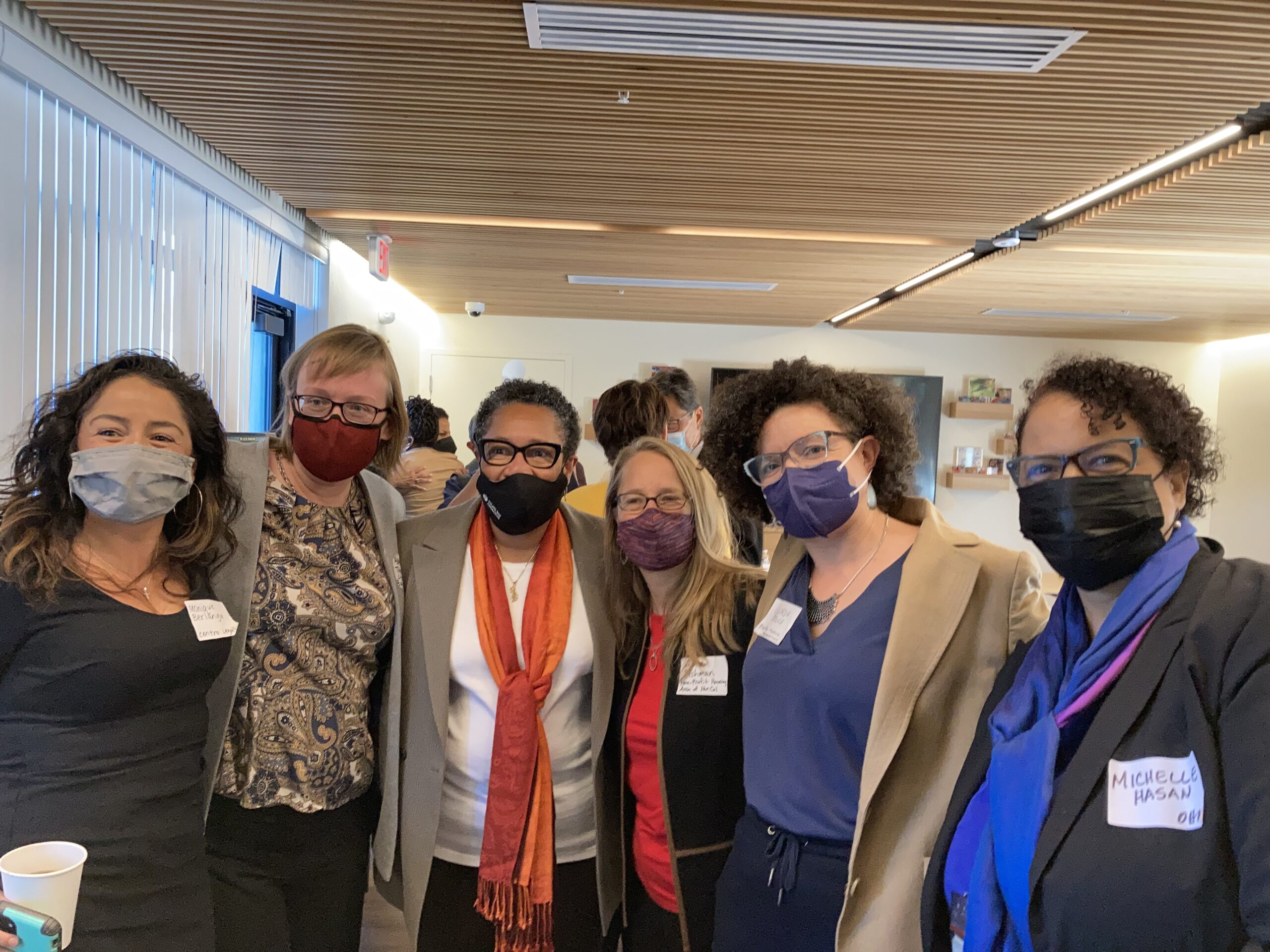 On Thursday, October 14th, EBHO Executive Director, Gloria Bruce, along with 20 other EBHO members and housing leaders, met with Housing and Urban Development Secretary Marcia Fudge at Casa Arabella in Fruitvale. The meeting site is an EBALDC/Unity Council property that was funded by Measure A1 and built on BART land and reflects past EBHO successes in advocating for local funds and the use of publicly owned BART land for affordable homes.

We join advocates across the country calling on Congress to retain investments in affordable homes in the Build Back Better Act, an infrastructure funding bill that should deliver on campaign promises to fund critical affordable housing needs. The top priorities include preserving:

Focusing on the impact of these federal investments in Oakland; advocates from government, nonprofit developers, and service agencies centered homelessness and the need for more affordable homes in the discussion.  Gloria Bruce pointed out that “production, protection, and preservation” not only can prevent homelessness but put people on the road to economic stability and civic engagement.  EBHO’s resident leadership development builds hope and connections along with skills; meaning that affordable housing can create the integrated, thriving communities that the Biden Administration seeks to rebuild.

Far too often, low-income residents that are Black, Brown, and white, Indigenous and immigrant, disabled, elderly, and children, are cut out of the federal government’s investment. We welcome Secretary Fudge to the East Bay and hope that we, along with other Bay Area affordable housing advocates and local elected officials, amplify the critical need to end homelessness and invest in the futures of low-income residents across the nation.